Create an Account - Increase your productivity, customize your experience, and engage in information you care about.

The Canton Firefighter’s Memorial Bell is located at the Ponkapoag Fire Station on 7 Sassamon Street. The old memorial was constructed in 1973 in conjunction with the dedication of the new fire station that replaced “Old Shakey” in the very same location. The bell was originally installed in the Ponkapoag fire station bell tower in 1888 and eventually incorporated into the firefighter’s memorial at Station 2.

The new memorial included refurbishing the William Blake bell and relocating the base of the memorial to the lawn of the Ponkapoag Station where it can be viewed by the public and utilized during the annual “Firefighter’s Sunday” memorial service in June. The names of Canton’s firefighters who have retired from the department dating back to the early 1900’s have been inscribed on the new granite base. The dedication of the refurbished memorial coincided with the rededication of the Ponkapoag Fire Station to Canton longest serving career fire chief, James “Fitzy” Fitzpatrick in September of 2015.

The planning and construction of the new memorial site was a joint effort between the Canton Firefighter’s Association, Local 1580, and the Town of Canton through its Community Preservation Committee. 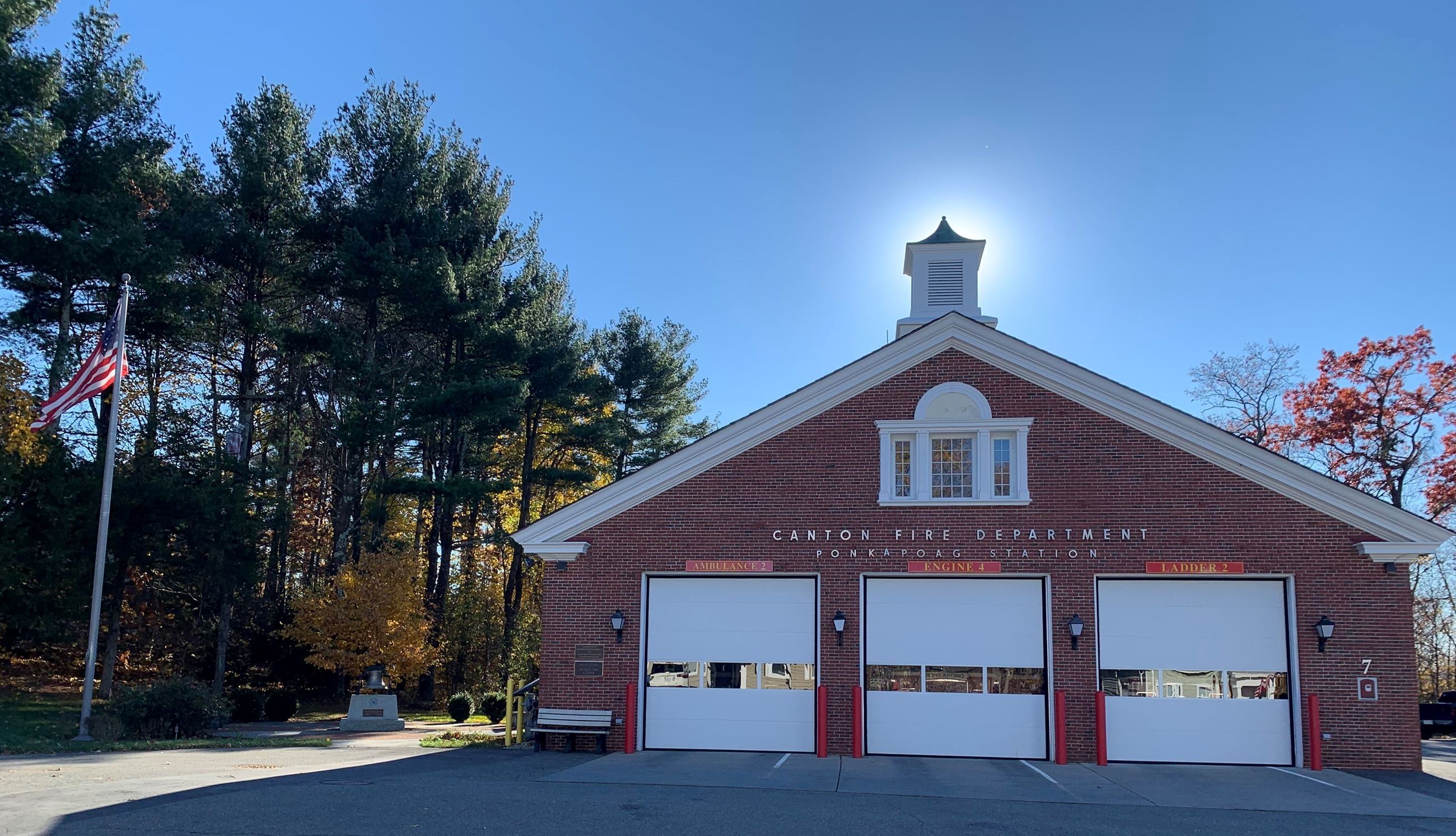 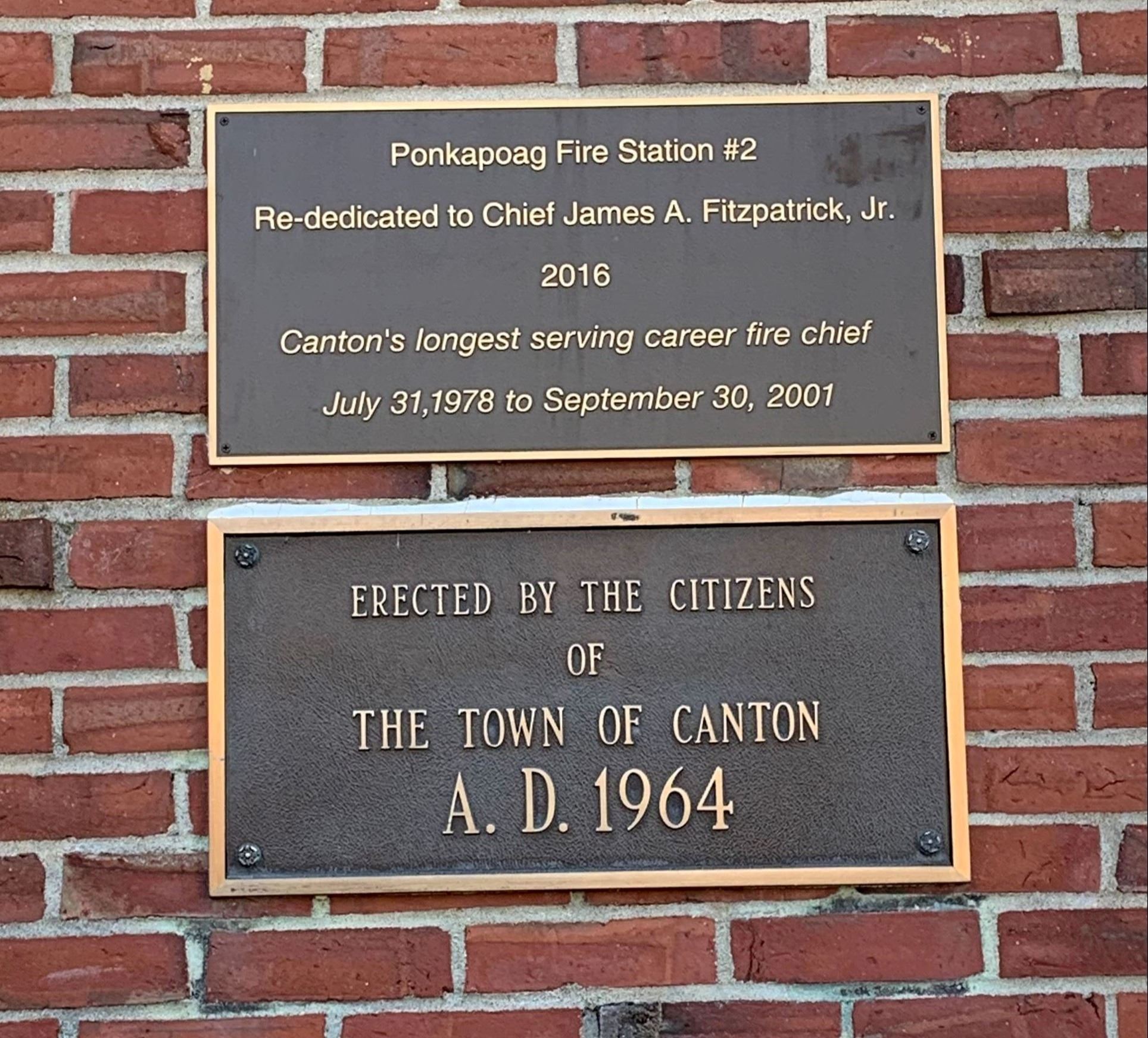 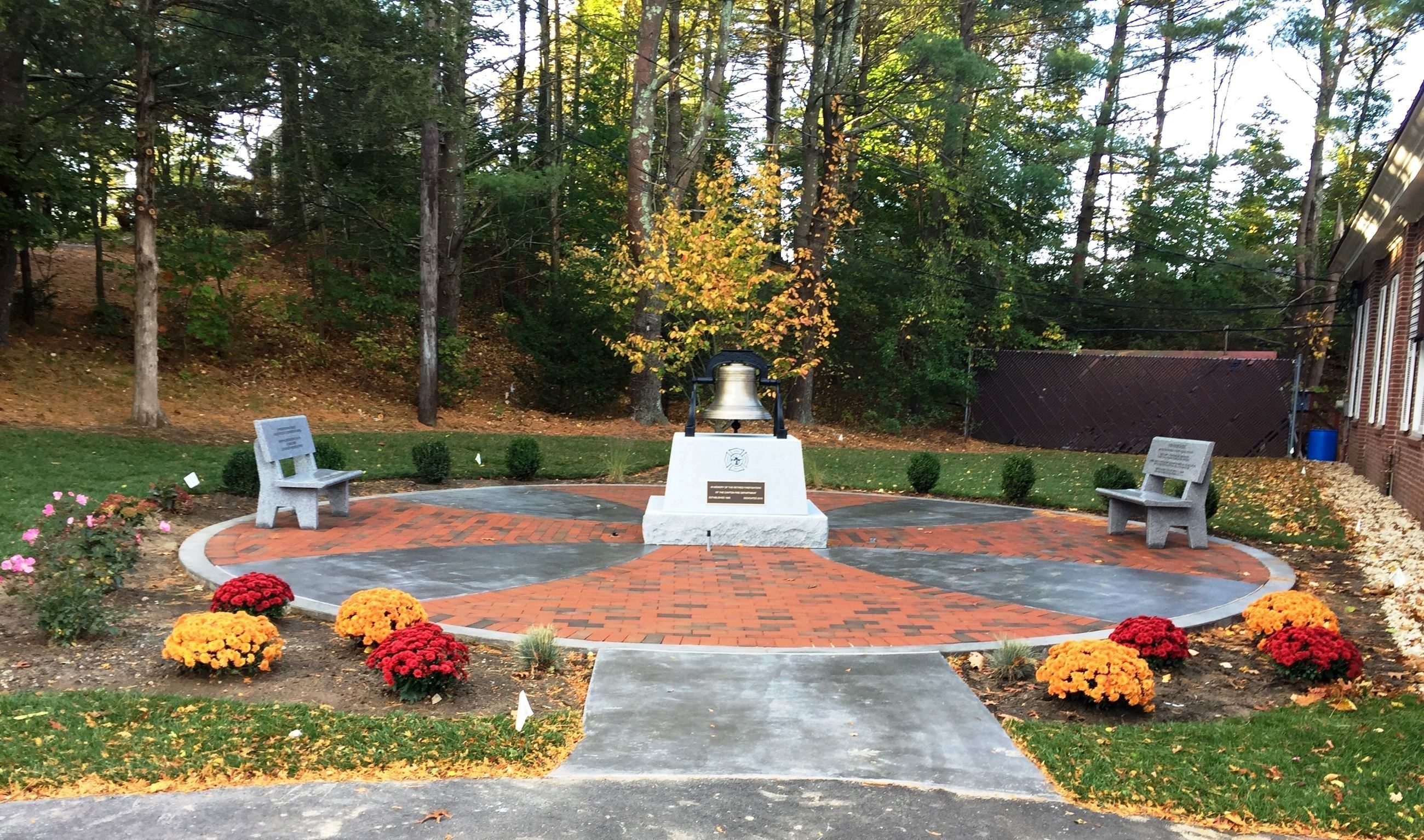 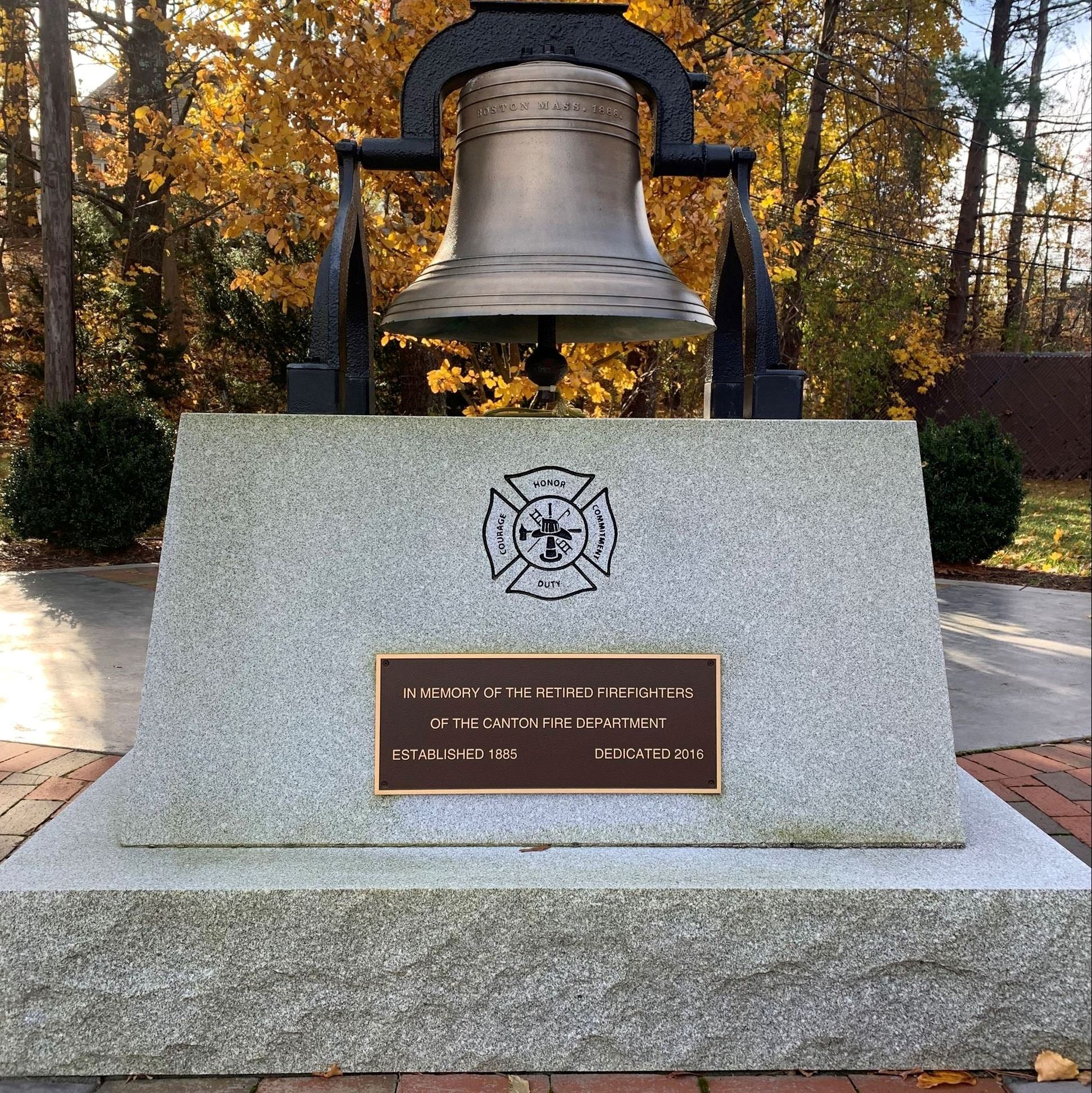 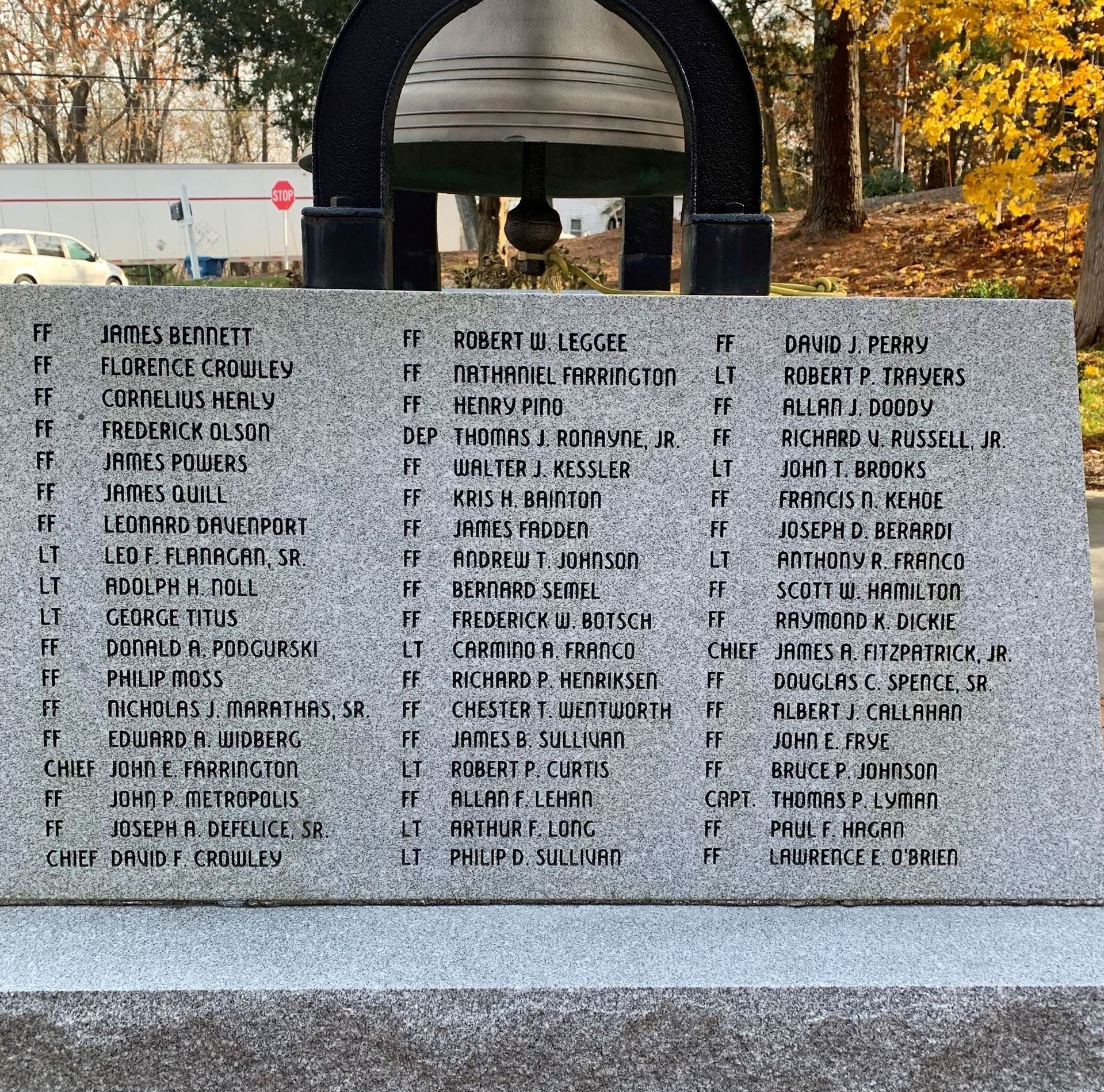 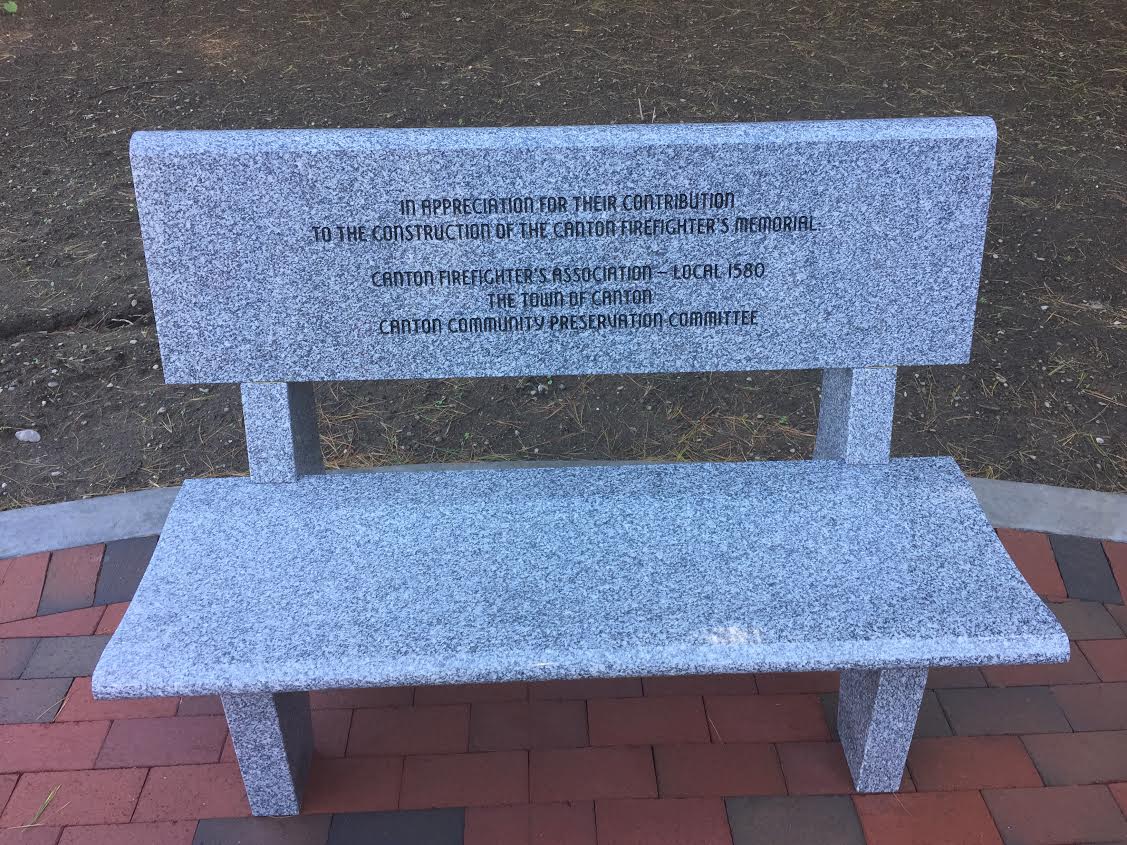 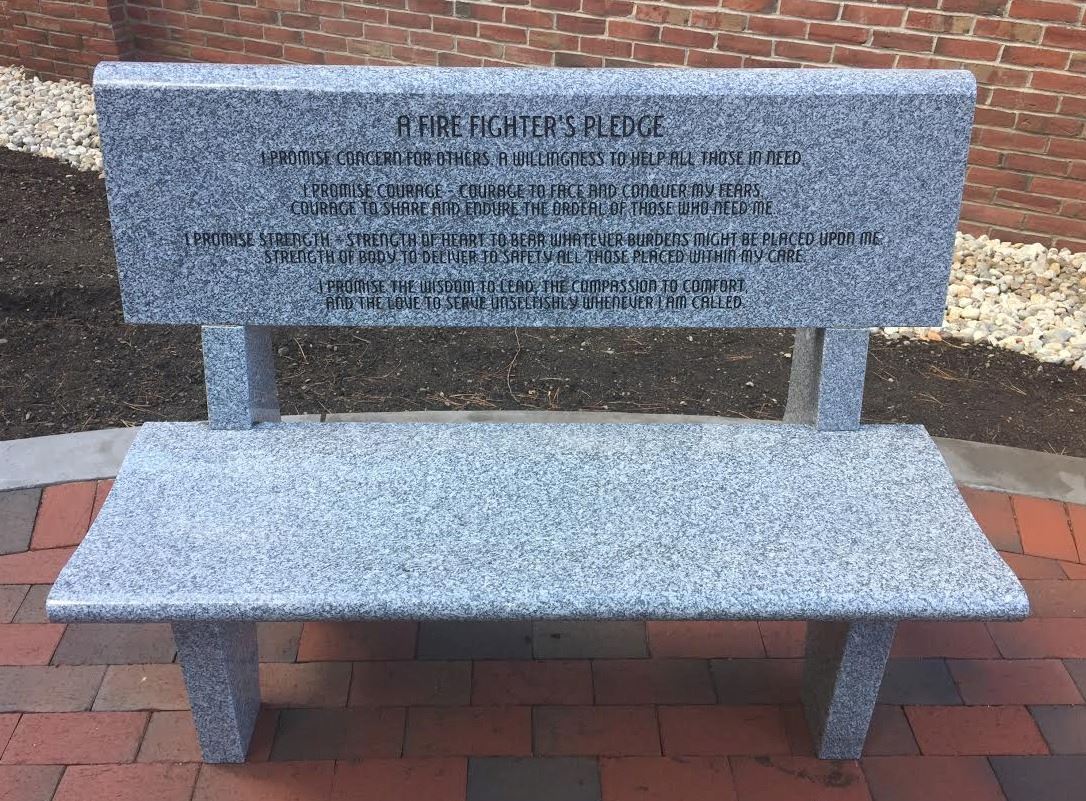 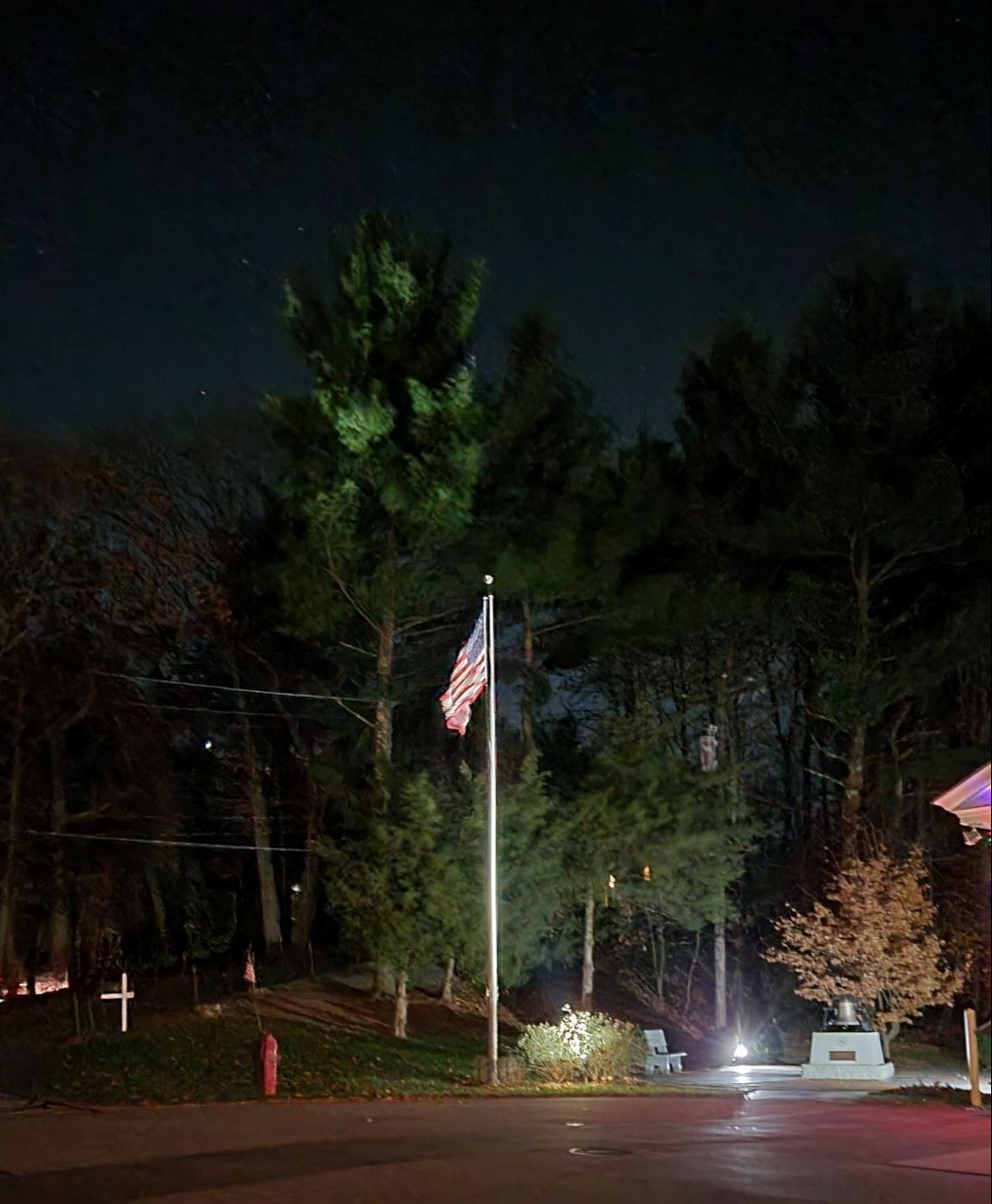